Logos: tree is the first part of the Logos series started in 2014, which is based on the five prime elements of the Eastern tradition.

The element of wood is depicted as three stumps that emit a green phosphorescent glow in the dark. The two states of the tree paintings are revealed by alternating light and darkness. Whilst the stump is associated with perishing and death, growth rings express life and vitality. Phosphorescent colours are used to highlight the secondary state of the same object.

In the Triptych of Logos (2015), the stump in the centre exists on actual coordinates in Estonia. The one on the right – or east – is a stump located in Japan, and on the left – or west – a stump in Costa Rica.

In the installation, there is a wooden bench in the middle of a room filled with pine bark and forest smell, accompanied by sound providing an atmosphere for mindfulness and an opportunity to better perceive the present. 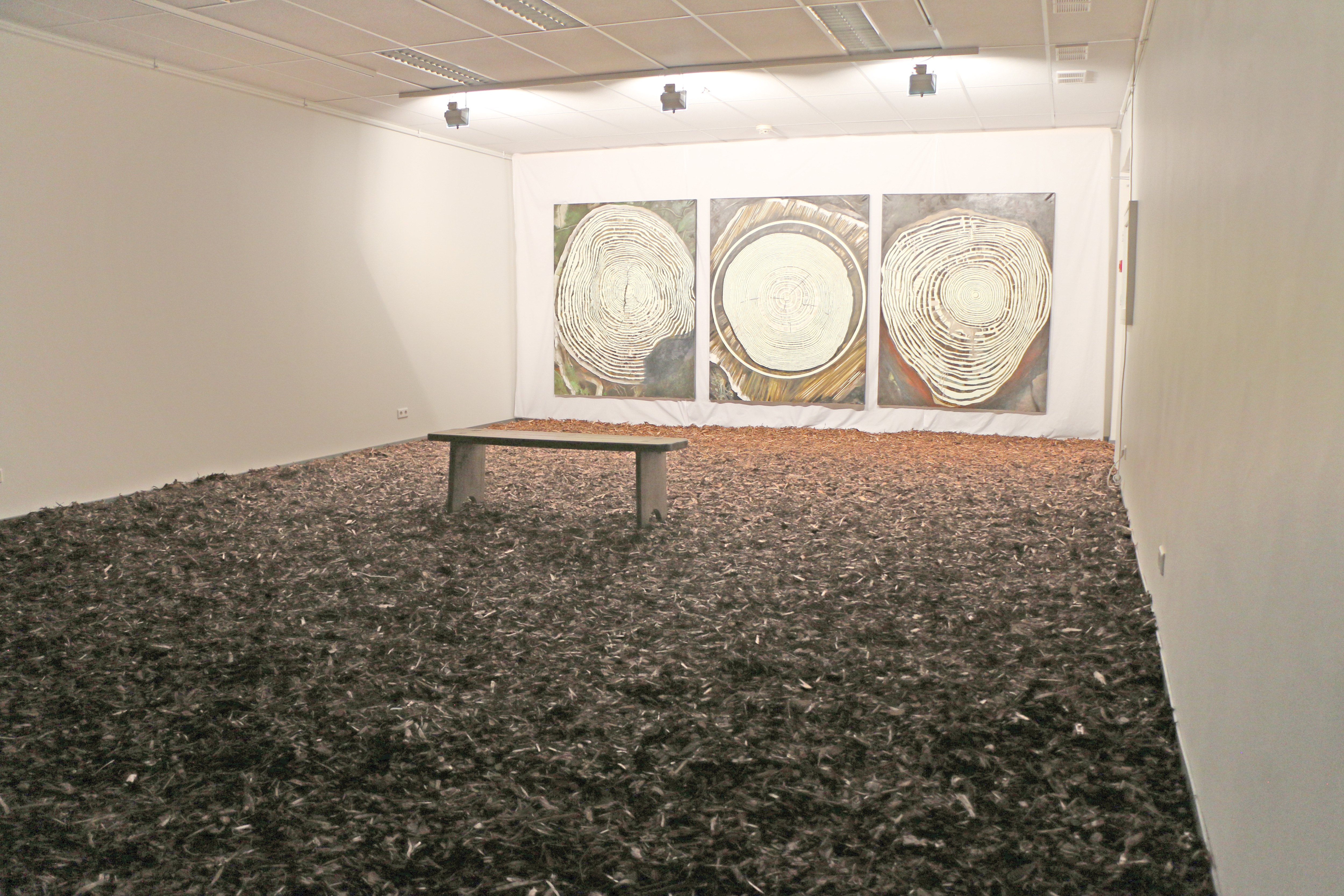 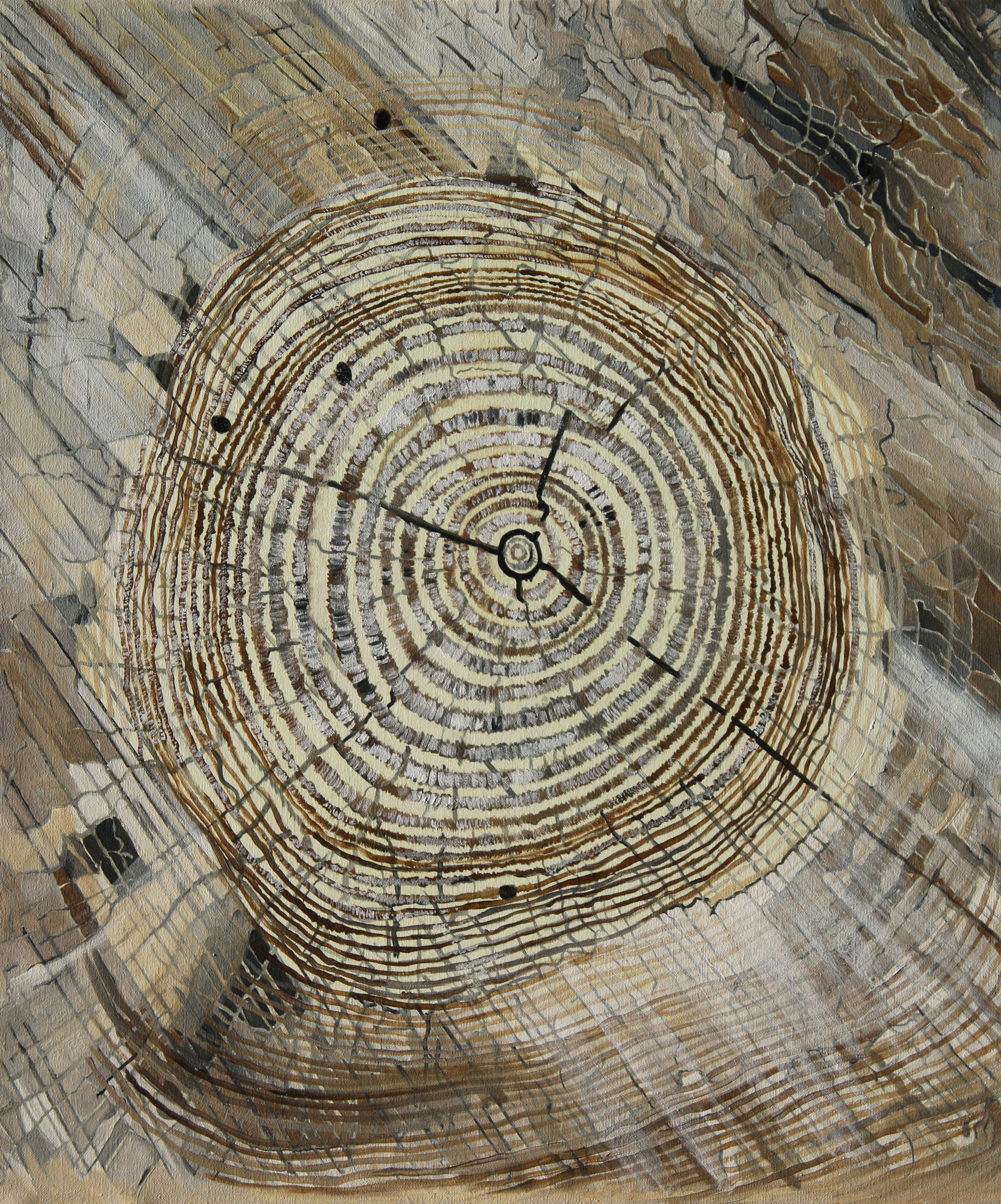 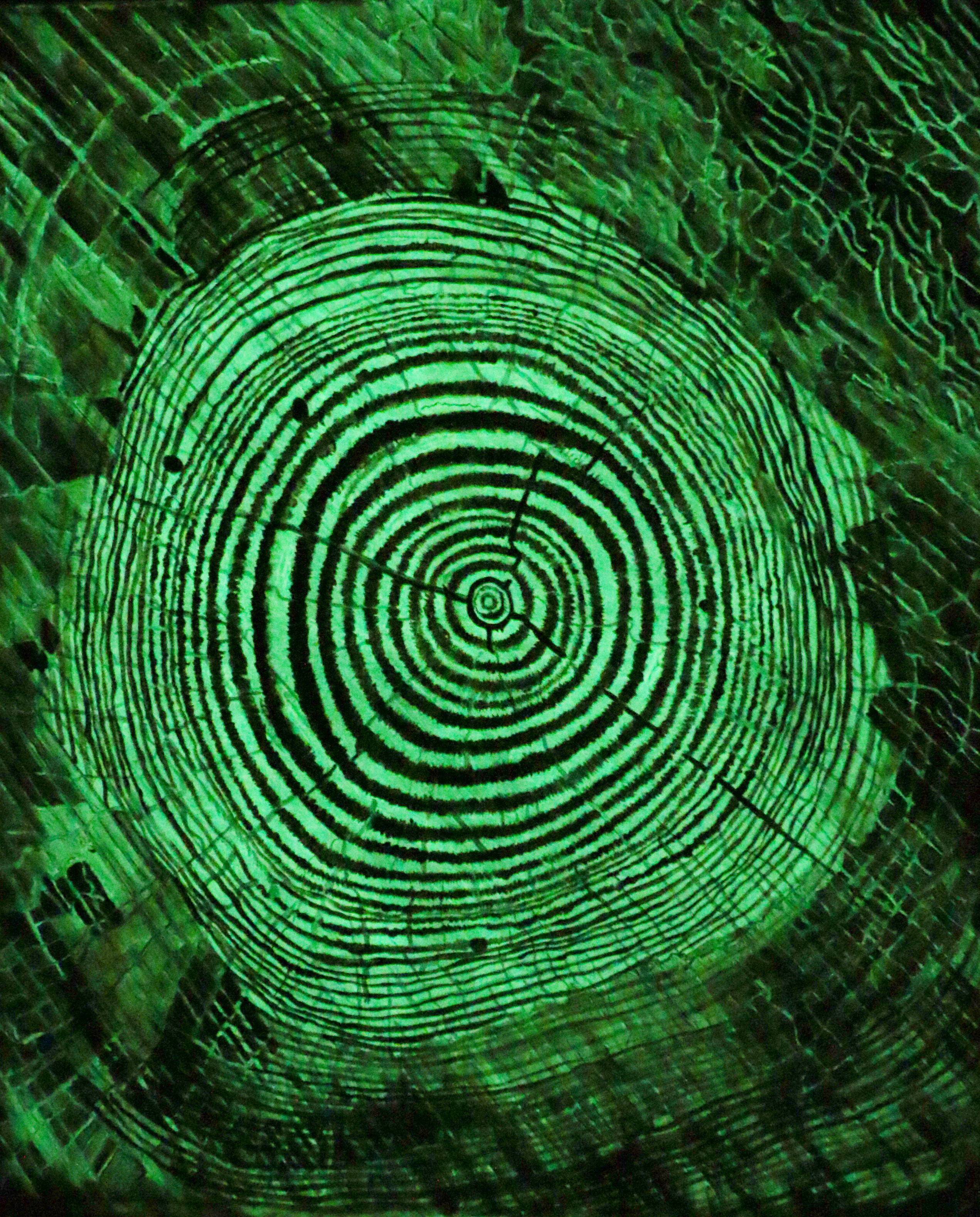