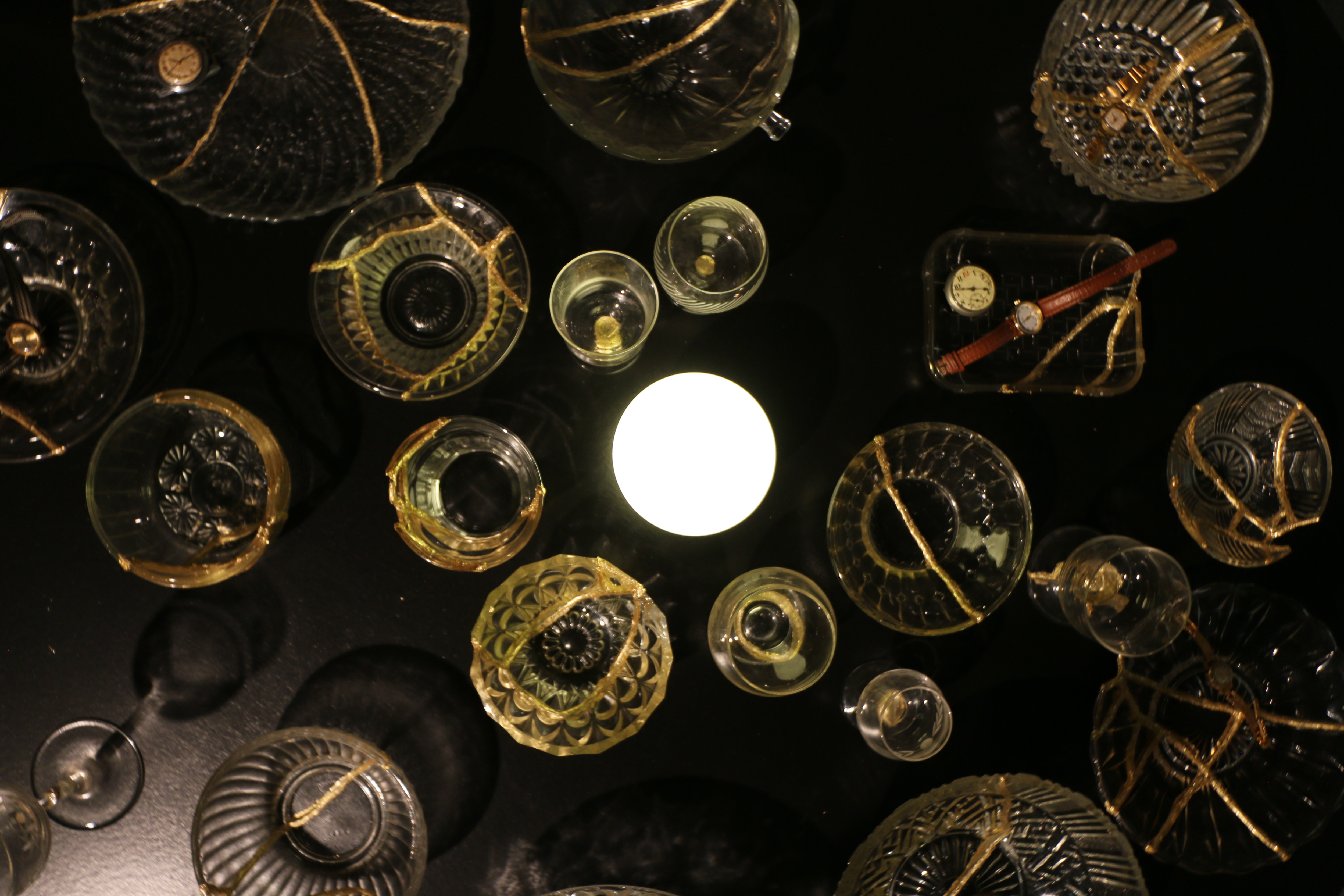 One Man’s Trash is Another Man’s Treasure

Recollections and Other Delusions series

Inspired by the traditional Japanese kintsugi technique – the art of repairing broken ceramic objects with golden seams – the installation containing Soviet-era glassware explores how to preserve memories and bring forgotten artifacts back to life.

This type of glass and crystalware used to be very popular in Soviet Estonia, but nowadays a significant number has ended up going from household displays to second-hand shops and boot sales.

The repaired glassware items are placed on a constantly rotating roundtable, which moves in rhythm with the ticking sound. In the same way as in the Soviet times, when the glassware was very often used as a container for frippery and memorabilia in general, old watches from the same era are resting inside the repaired bowls.

Photos of the exhibition at Võru Museum, Estonia in 2016. 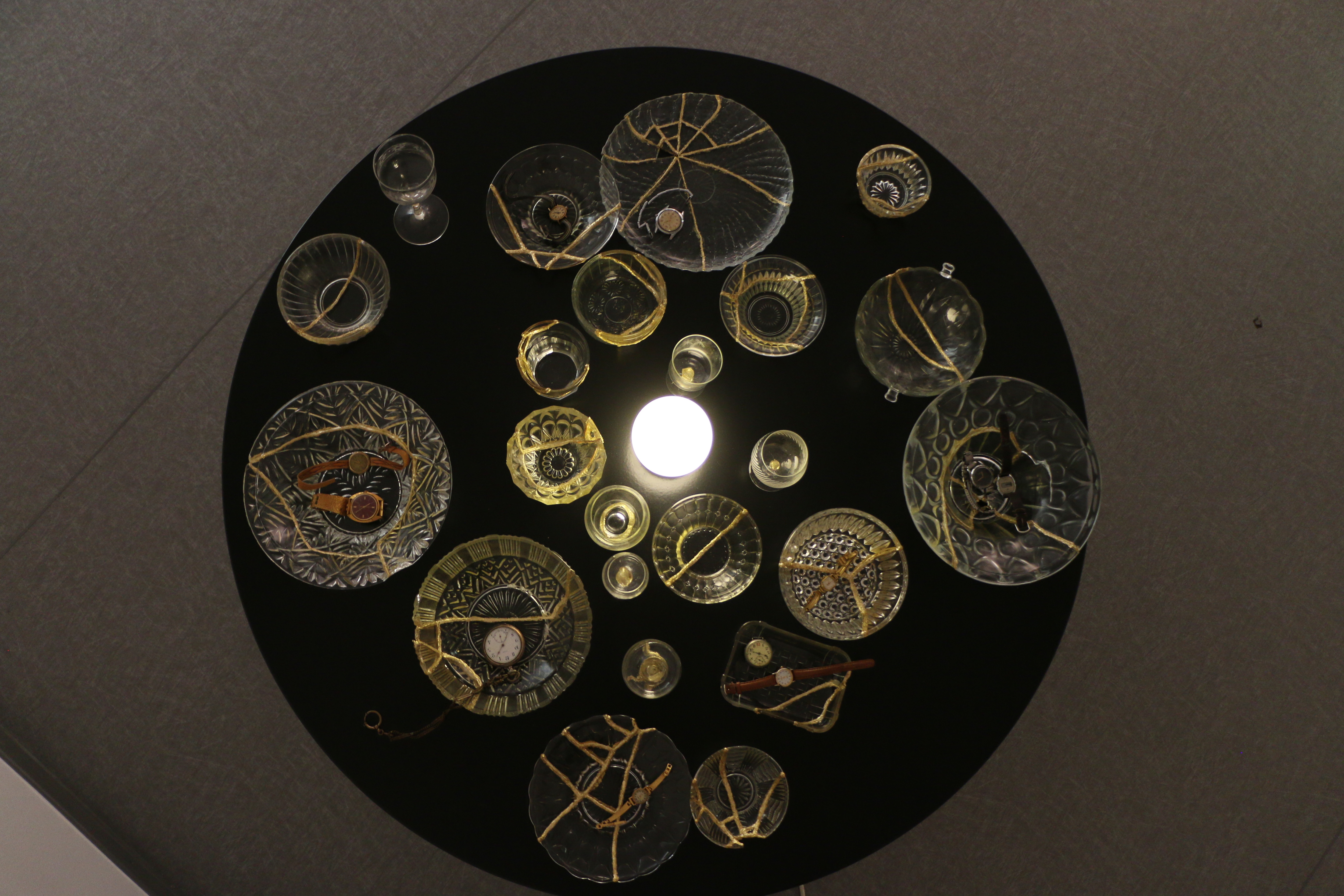 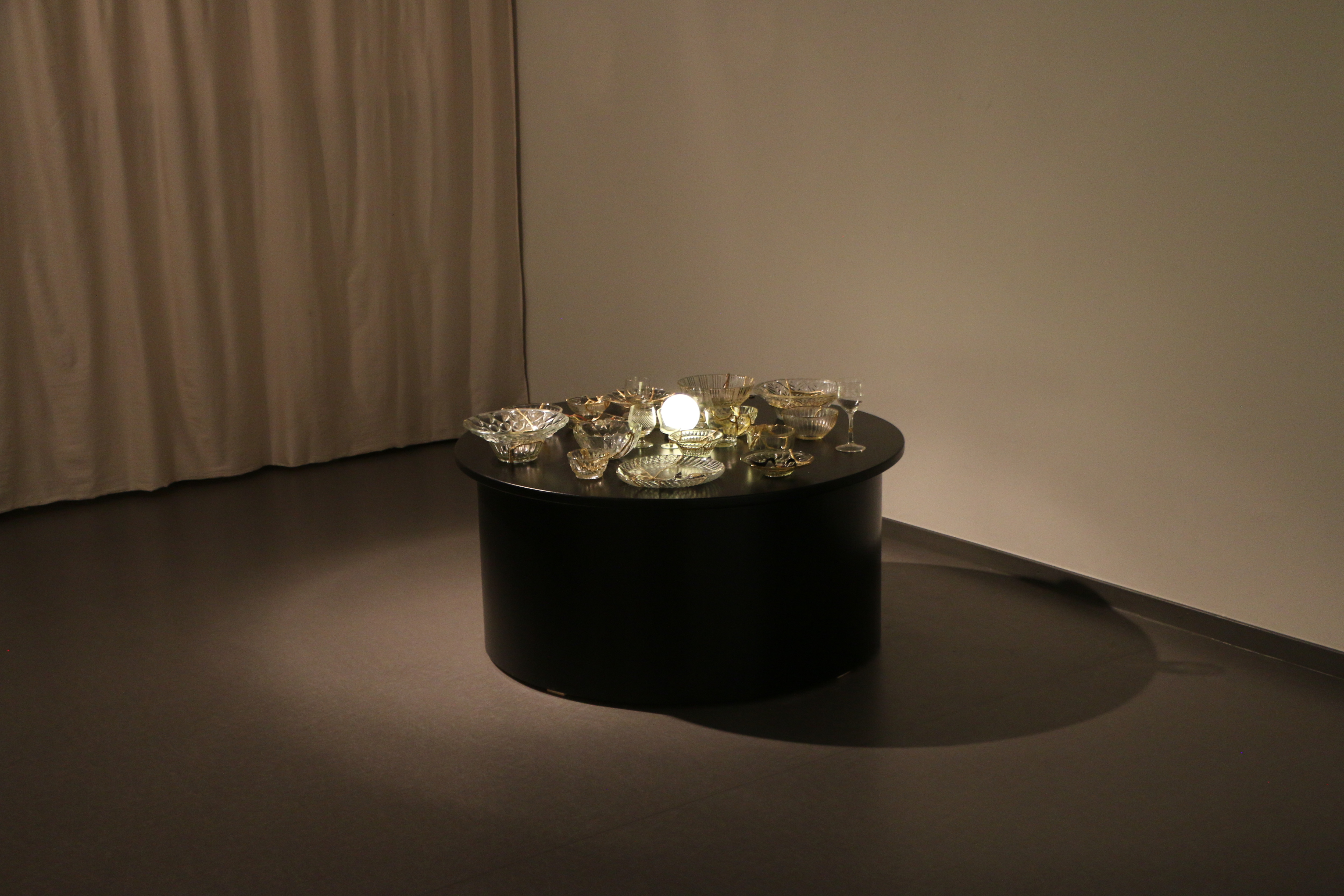 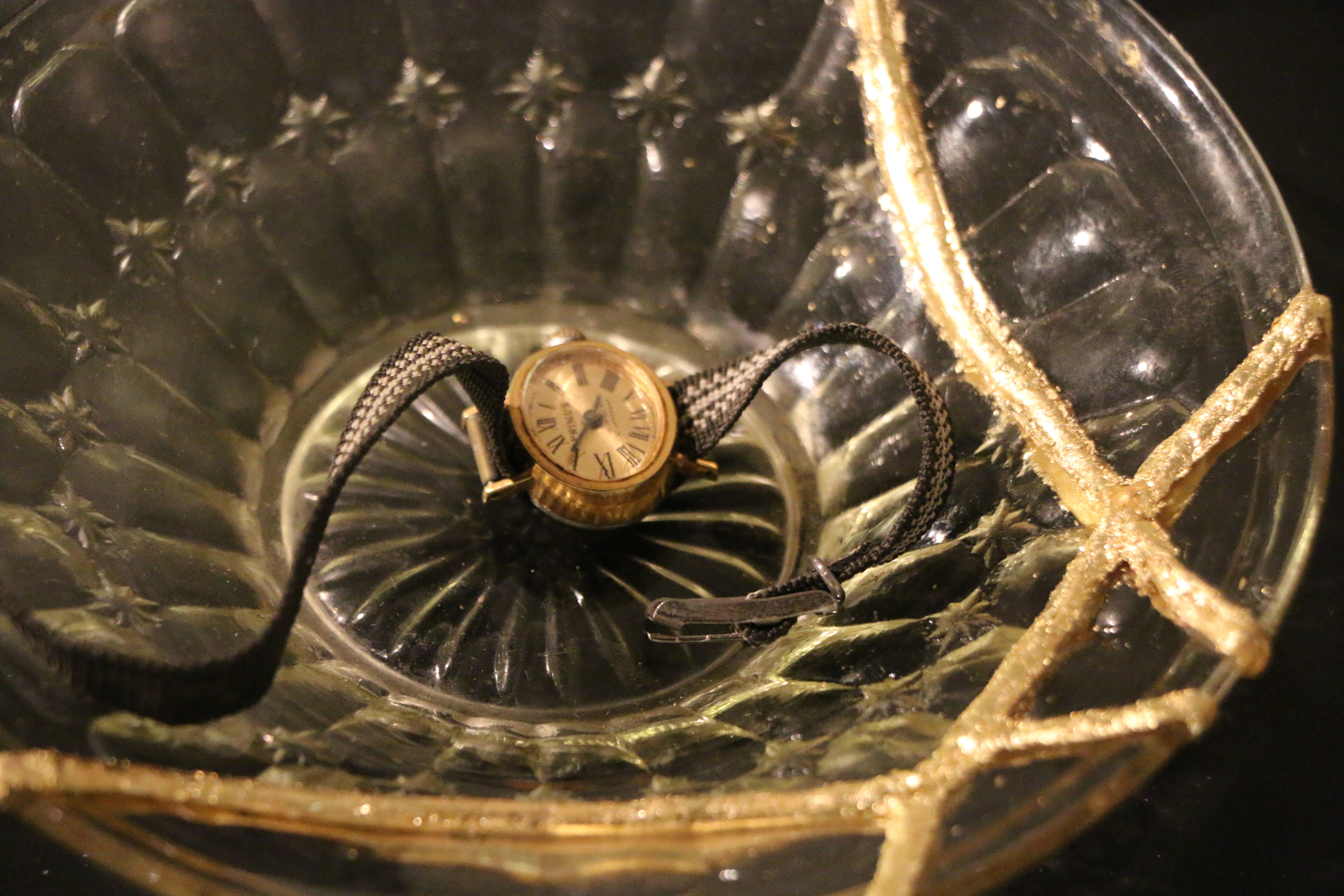 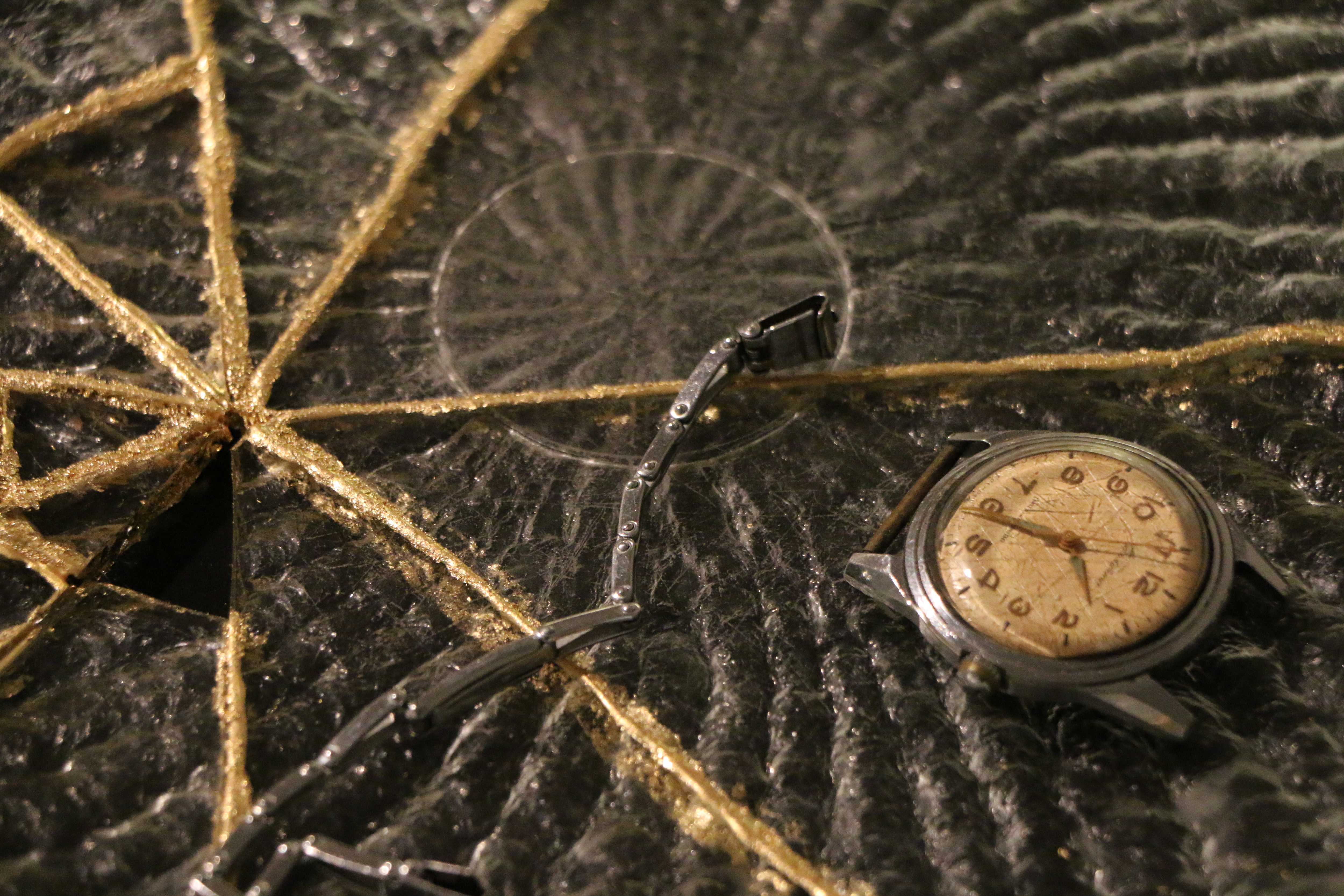 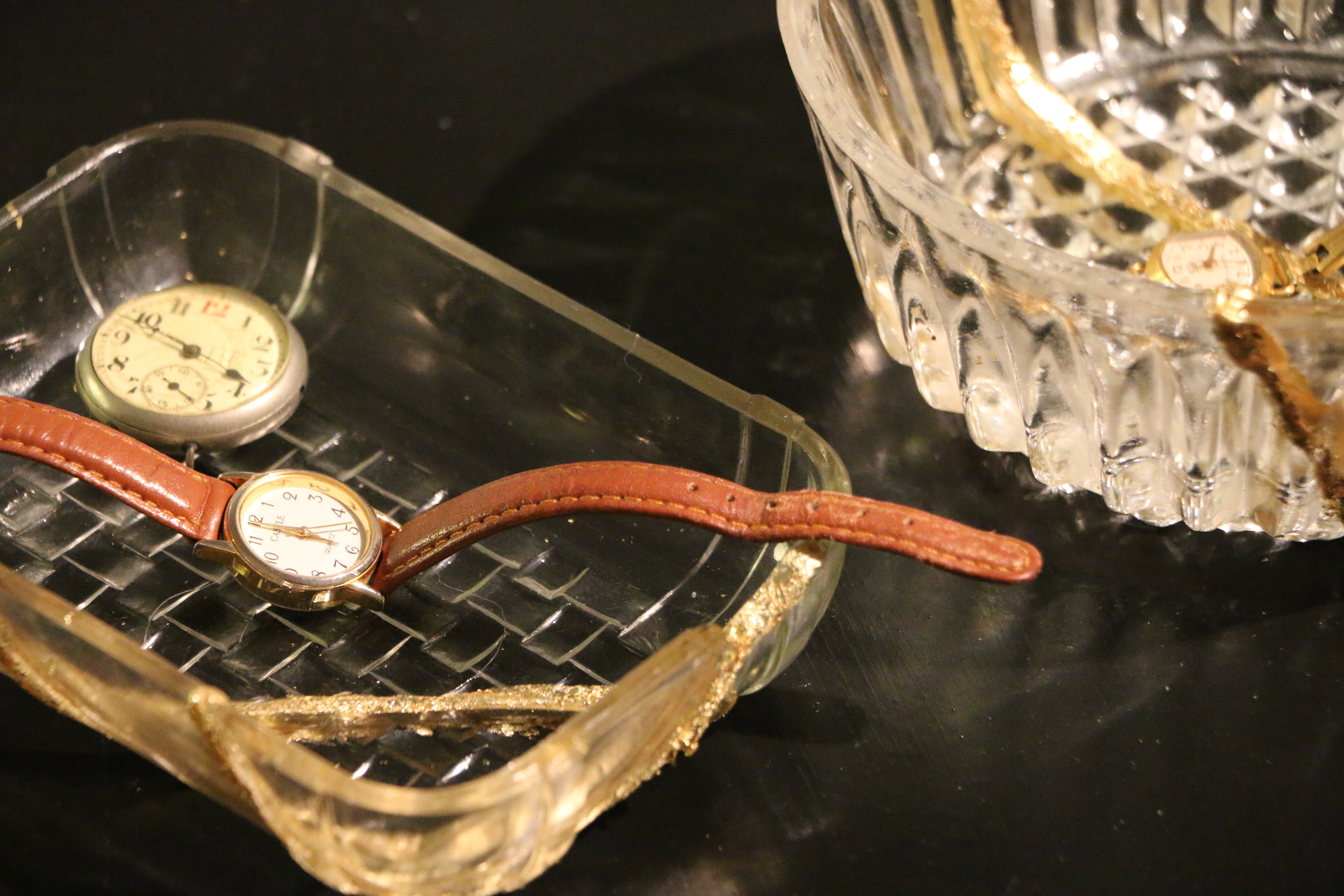 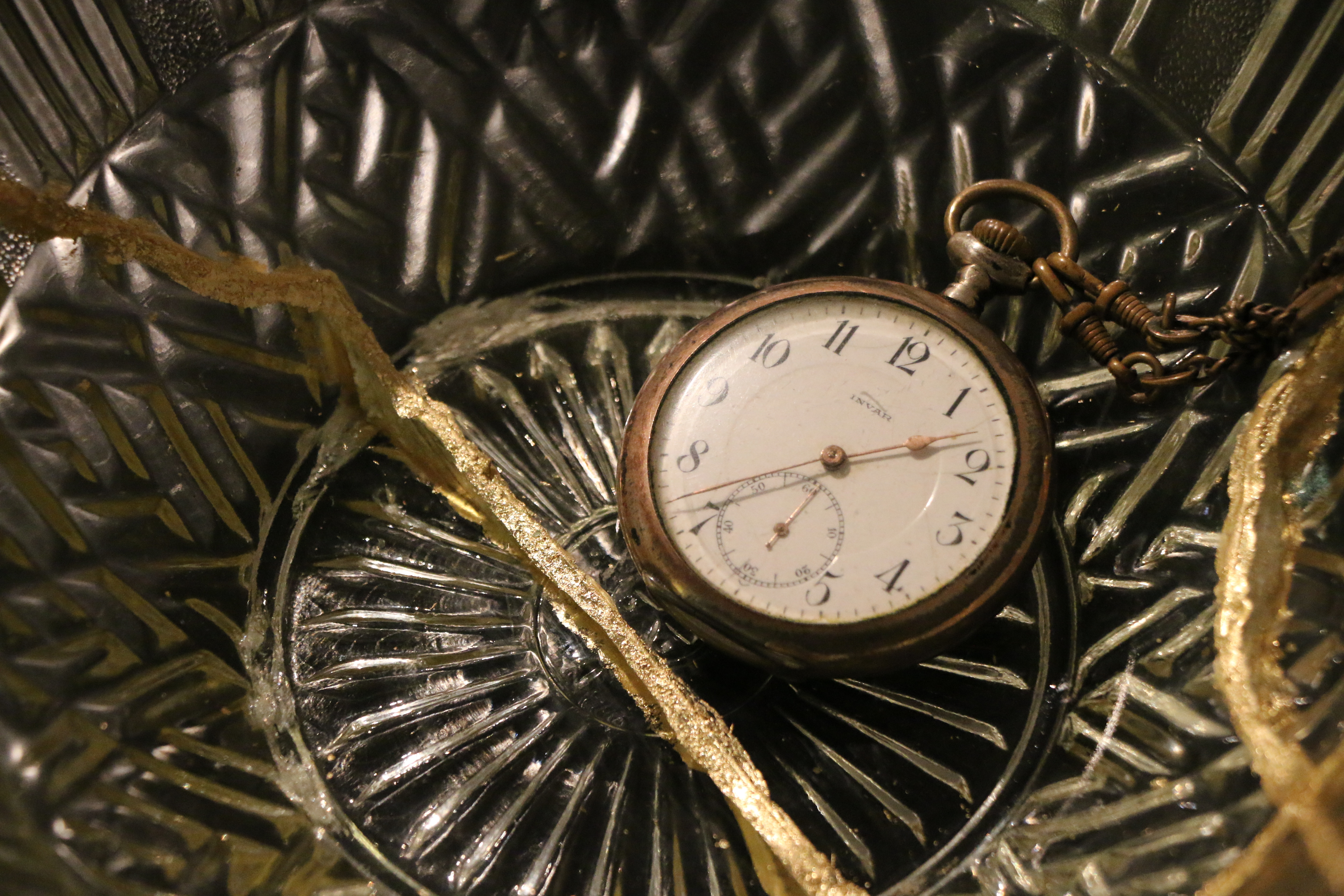 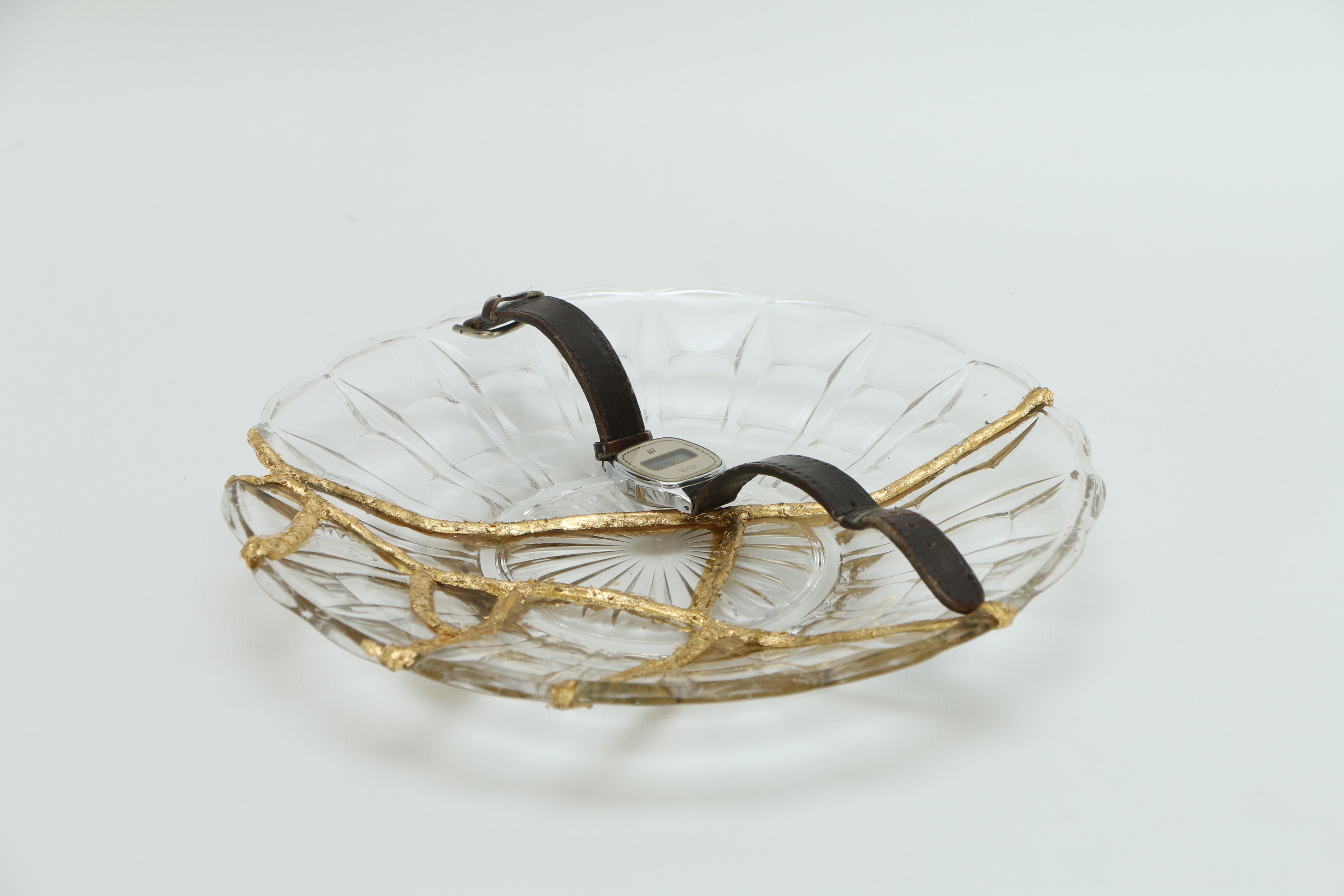 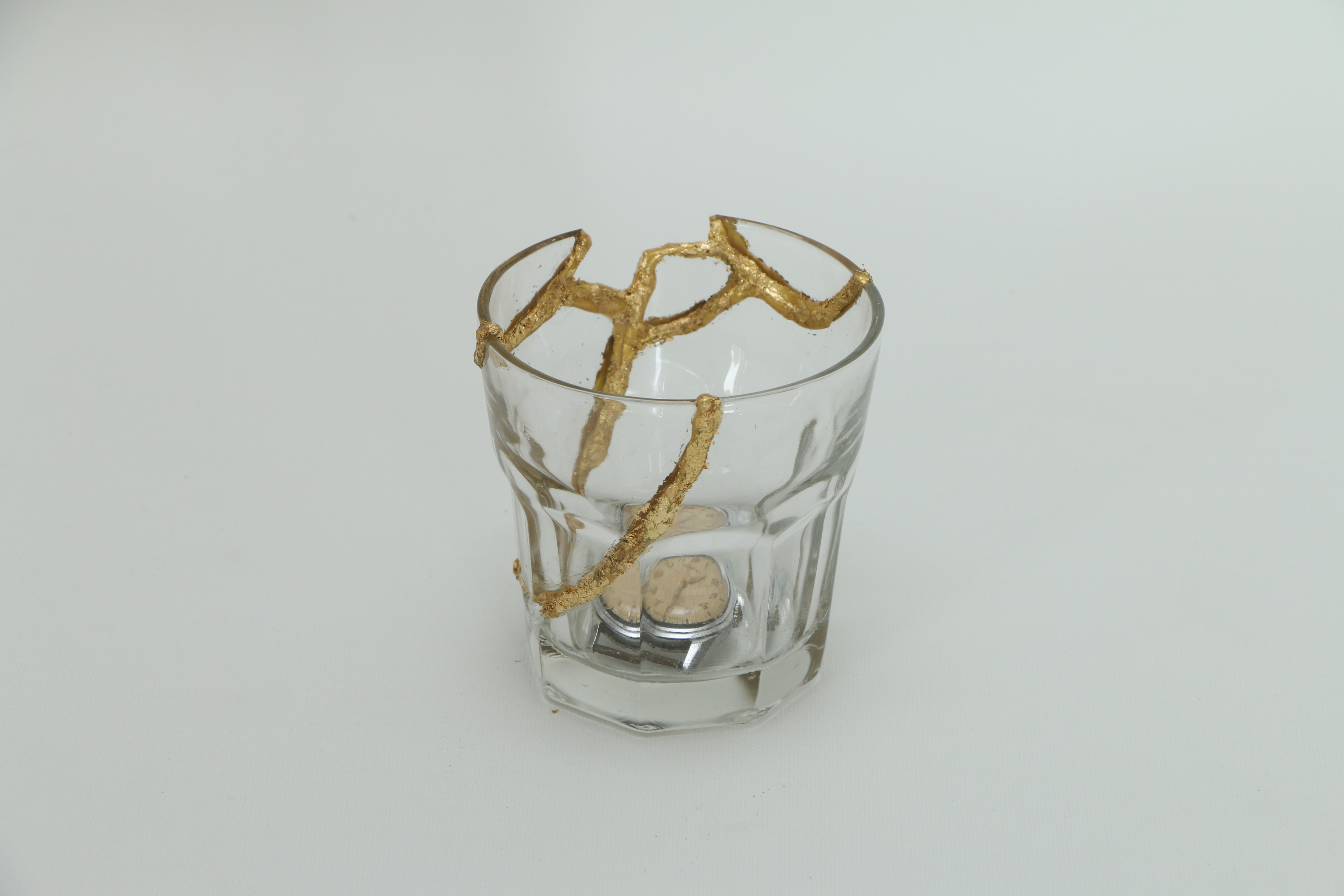 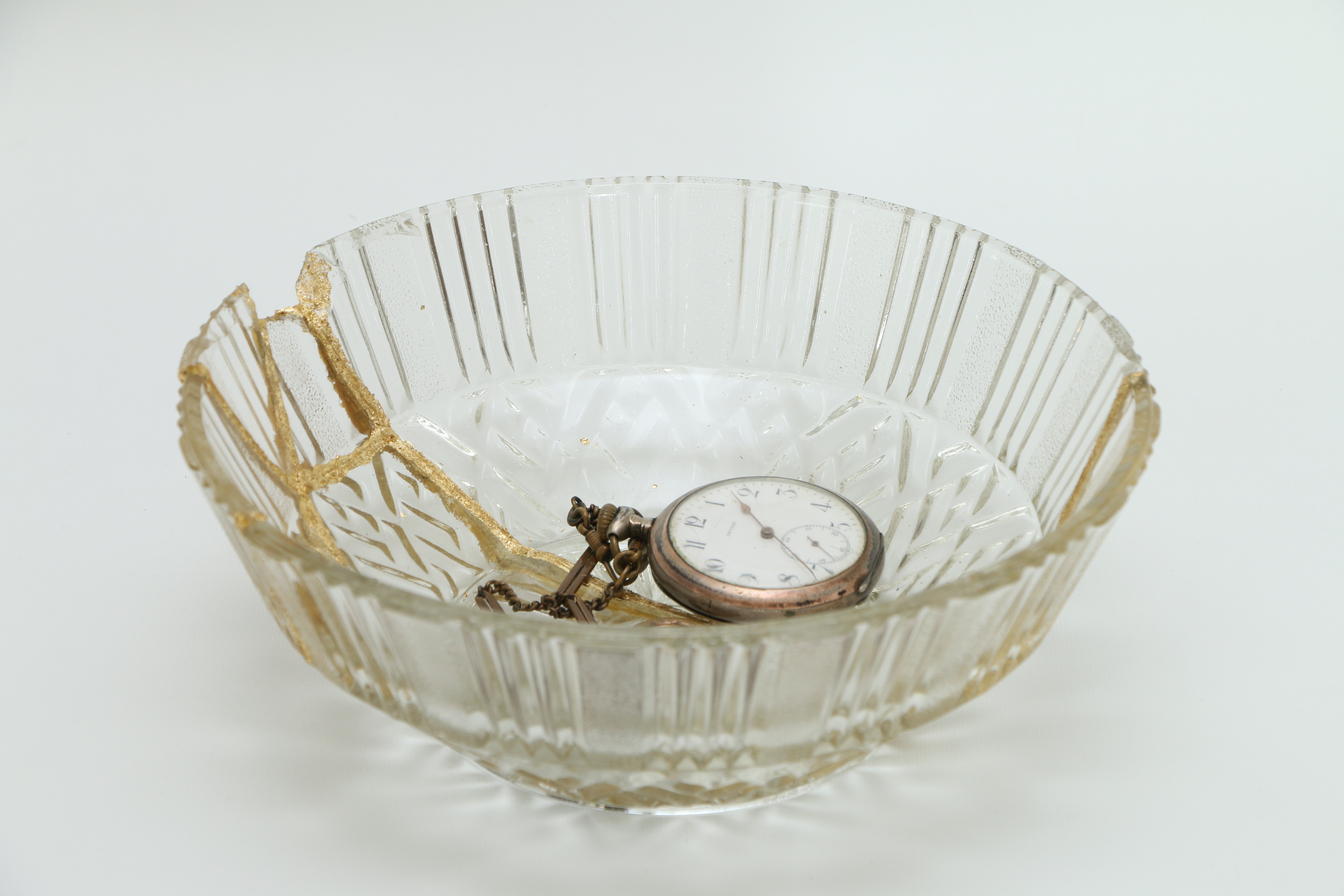